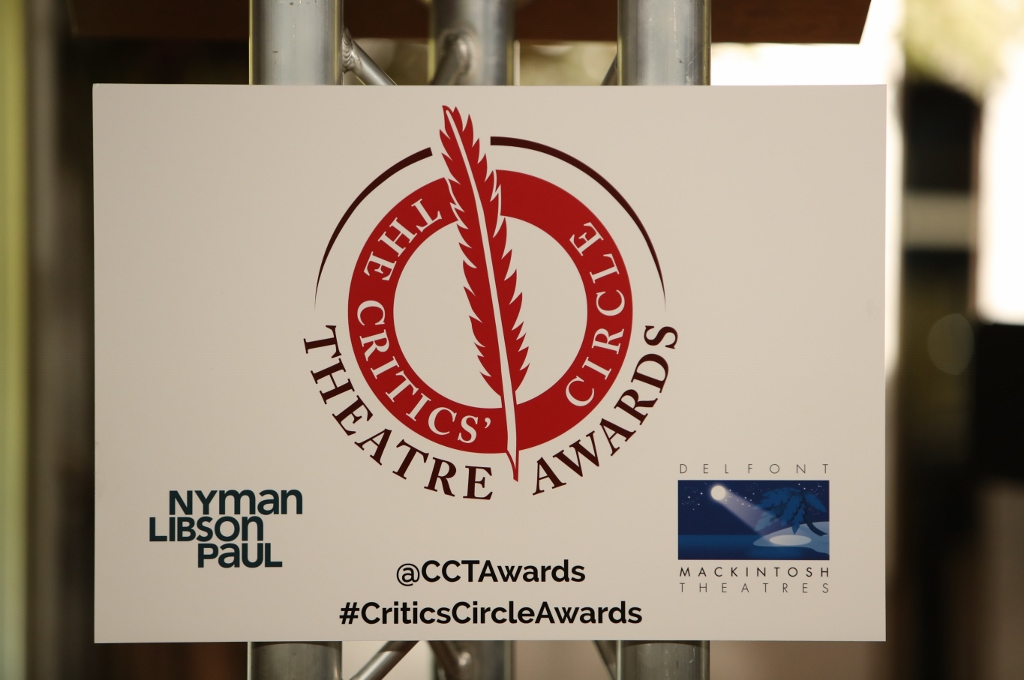 The Awards are once again generously sponsored and presented in association with Nyman Libson Paul Chartered Accountants, leading entertainment industry specialists, and, for the 13th year, supported by Delfont Mackintosh Theatres. They will be produced for the second year by Terri Paddock. Following last year’s digital innovation, acceptance speeches will once more be broadcast, streamed via Facebook Live on the day.

“Where other award ceremonies prioritise celebrity winners, see the industry rewarding itself or act as a public popularity contest, the Critics’ Circle Theatre Awards alone are above the fray with their independence, judged by respected critics whose job it is to see theatre week in, week out, without fear or favour, and who have no other agenda than to celebrate excellence.”