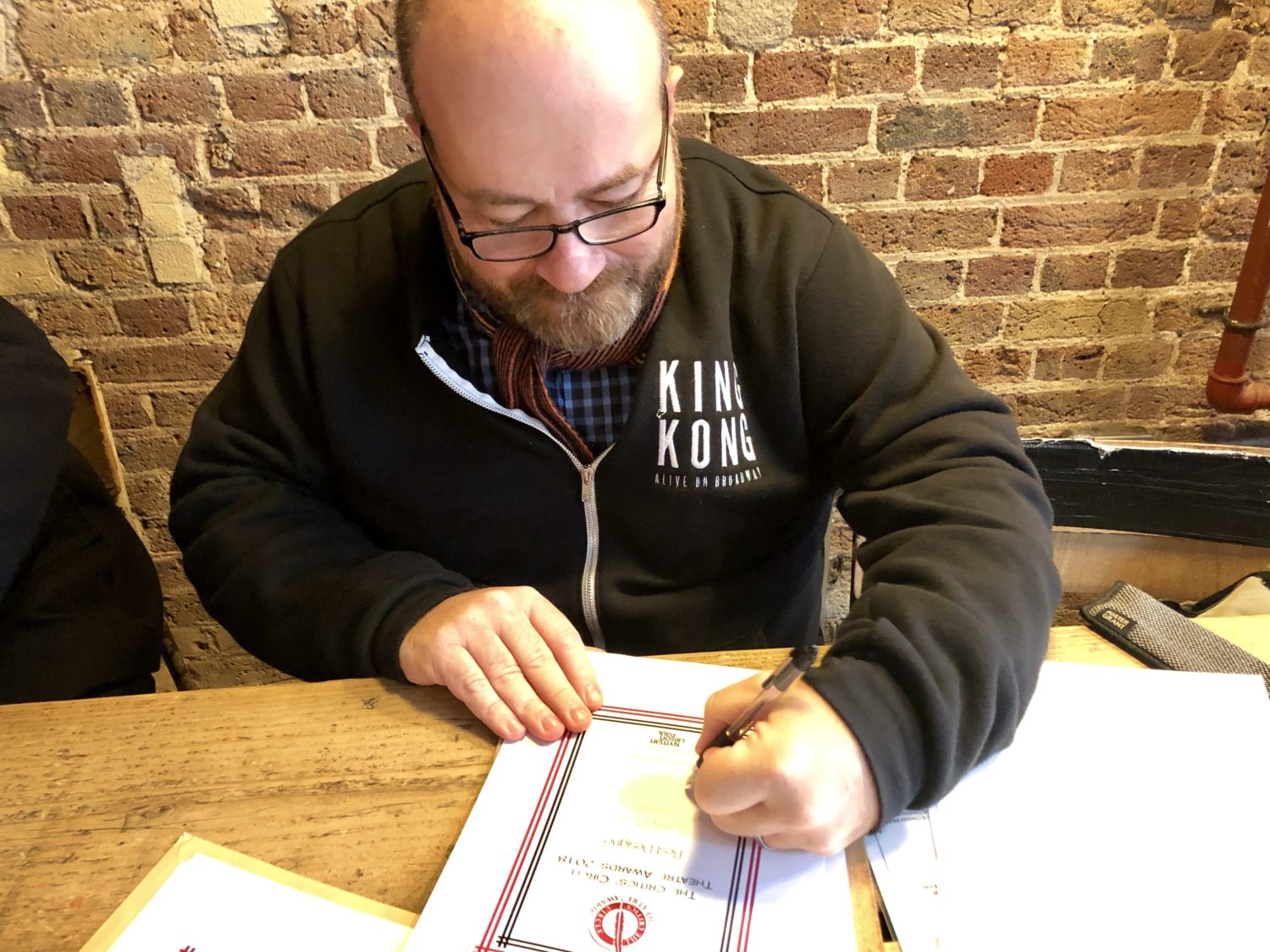 Passing on the baton: Mark Shenton on his last year hosting the #CriticsCircleAwards

Tomorrow, 29 January 2019, Mark Shenton will host his final Critics’ Circle Theatre Awards. He reflects on his time in position – and how times are changing for critics at large.

When I took over as chairman of the drama section of the Critics’ Circle nearly a decade ago from Charles Spencer, he was then chief theatre critic of the Daily Telegraph, Benedict Nightingale was at The Times, Georgina Brown was at The Mail on Sunday and I was at The Sunday Express. Charlie and Benedict both subsequently retired, George moved to India, and I departed The Sunday Express in circumstances you can Google if you are not aware of them.

Change happens – and, in my case, it turned out to be the best thing that ever happened to me. Critics are hard to stifle, and we have to be resilient and resourceful – I subsequently became associate editor of The Stage (where I also did a stint as joint chief critic) and I now review for Londontheatre.co.uk. But we’re certainly living through a generation of unprecedented change. In the last decade, both The Evening Standard and Time Out became freesheets while The Independent has gone online only.

Yet even as the online environment has provided more and more opportunities for critical discourse, not least self-published content and websites that have encouraged and promoted a much younger generation of aspiring critics, there’s an ever greater need for curated content to rise above the din and provide trusted opinion.

The age of Twitter and what a certain American president calls “fake news”, while peddling his own perverted brand of it, means that there’s now no end to alternative facts and alternative opinions.

So it’s ever more important that some opinions carry more weight than others. And just as there are now X Factor-like popularity contests in the theatre where awards are voted for by the public who may not have even seen the shows they’re voting for, the Critics’ Circle Theatre Awards are a shining beacon, voted for by critics who’ve actually seen and cast their professional eyes on the shows they’ve voted for.

I am proud to have presided over the theatre section for the past nine years. And, as I pass the baton on to Henry Hitchings, chief theatre critic of The Evening Standard, I will continue to advocate for critics in my new role as President of the Critics’ Circle, the umbrella organisation that, as well as theatre, also includes film, music, visual arts, dance and literature sections.

I would like to formally thank the loyal officers of the Circle, including Ian Shuttleworth, Heather Neill and William Russell, who have served, in turn, as secretary of the section under my watch.

I also express ongoing thanks to events organiser Terri Paddock and our fantastic awards sponsors, including Nyman Libson Paul, who’ve continued to support these awards throughout my tenure, the British Theatre Academy for the past two years, and of course, to Delfont Mackintosh Theatres and the wonderful staff here at the Prince of Wales, who act as our superb hosts.